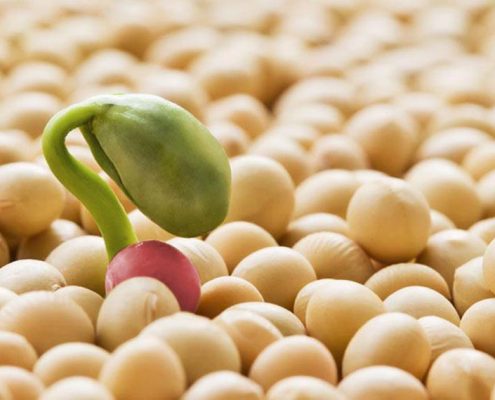 Aiming to increase productivity while generating sustainability, the company launched in Argentina an inoculant that responds to drought and high temperatures and it is the first bio-fungicide for the control of diseases in seeds, which has wider residual power and a better use of disease resistance.

Rizobacter advances on a new standard of production that intends to microbiolize agriculture, pushing for biotechnologies based on the favorable properties of microorganisms present in the soil, which are to be used in the biocrontol and biofertilization of crops.

The goal is to offer specific and efficient tools that would allow the farmer to gain productivity without making a negative impact on the environment, an aspect to take into account when considering an agricultural production strategy. Within this mindset and for the development of this soybean campaign, Rizobacter introduces two products for seed treatment: Rizoliq Dakar- an inoculant that promotes the Biological Fixation of Nitrogen under abiotic stress conditions (drought and high temperatures)- and Rizoderma Soy- the first fungicide biocontroller in Argentina that controls the diseases present in the seed and because of its action mode, puts a stop to plague resistance.

Rizoliq Dakar provides a sustainable and flexible answer to climate change in environments with high stress levels because of lack of water and high temperatures that affect crop production. It also provides better production possibilities in limited environments that endanger the survival of the microorganisms in the inoculant, the symbiosis and the productivity of the soybean plant.

As a result of the “Induced Natural Selection”, Rizoliq Dakar is manufacturing a product based on a highly resistant and adaptable microbial population that can nodulate even under stress levels generated by extreme water deficiency and high temperatures. The Bradyrhizobium japonicum strains have shown to have high metabolic, enzymatic and protein capacity, which translates in a greater mobility so as to have more Carbon and Nitrogen sources, with high self-preservation levels.

It allows for greater Biological Fixation of Nitrogen, a dry nodular mass, a vegetative biomass and output in areas that was deemed impossible before.

Rizoderma soybean is the first fungicide biocontroller developed in Argentina through and alliance between Rizobacter and Argentine Agricultural Institute of Technology (INTA, acronym in Spanish) in Castelar, Province of Buenos Aires. Its liquid formulation is completely biological based on the Trichoderma harzianum 2 (Th2) strain, chosen to be the most effective in the fight against the growth of fungus disease in seeds, such as kikuchii, phomopsis y fusarium spp. The product also provides an effective control, puts a stop to plague resistance, surpassing the known parameters for residual power behavior.

Conventional chemical ingredients work inhibiting a specific metabolic process and the diseases respond by starting to generate a resistance to the ingredients, which in some way continue to advance. On the contrary, Rizoderma combines a triple action effect that inhibits the possibility of generating resistance by naturally blocking the growth of pathogens.  Its differentiating behavior resides in its capacity to stimulate the plants’ natural defenses to advance and attack diseases that produce the rotting of roots and seedlings in the soybean.

Its mode of action is tested on the field: it not only protects against diseases but also provides the effective vigor that is needed for the strengthening of the roots of the seedlings during the germination and surfacing process. An initial uniformed and strong growth, allows for superior capability of the crop in the plot.

One of the great benefits that microbiological technologies is that whether they are applied on their own or combined with synthesized chemical products, they increase the biodiversity and improve the resilience in agroindustry environments, which have been impacted by a chaotic use of natural resources. The virtuous circle of this model aims to increase productivity, while generating sustainable systems. One of the greater challenges of Argentina’s productive agenda today is to increase carbon capture as a way of improving the organic content of the soil, in this way reducing the negative impact of greenhouse gases.